Aldridge’s GB men’s four dominated their final into the strong headwind, leading by 1/4L from the Dutch boat at the 500m mark before squeezing away to win by clear water in 6.15.43. 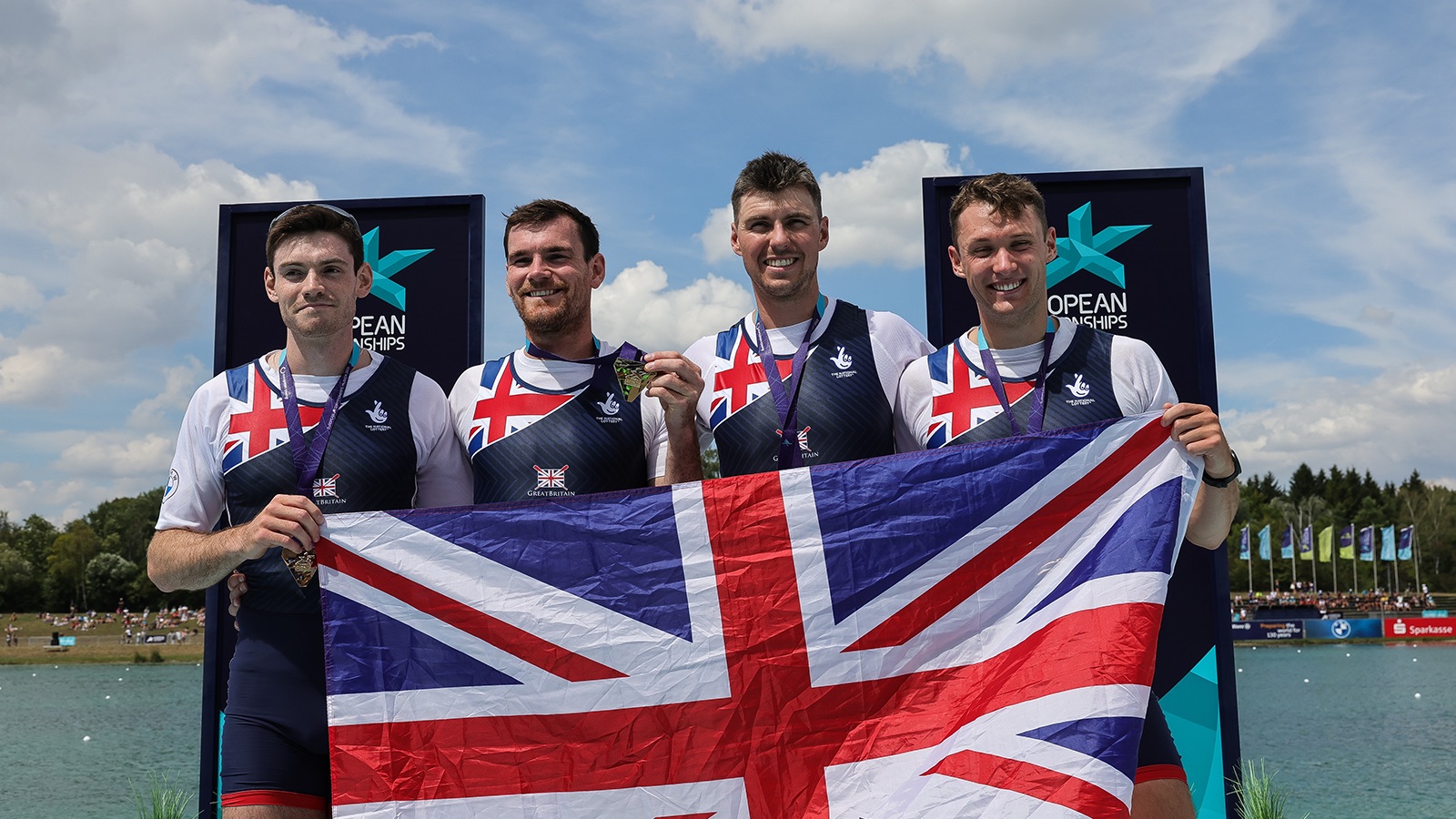 The Wales cap, who shared gold with Sam Nunn, Will Stewart and Freddie Davidson, said: “We knew we were in a good place when we were getting ready for today.

“We just kept our cool, raced our own race and didn’t get flustered by the boats around us.

“We just kept it internal, and we came out good in the end. It’s very exciting to be European champion.” 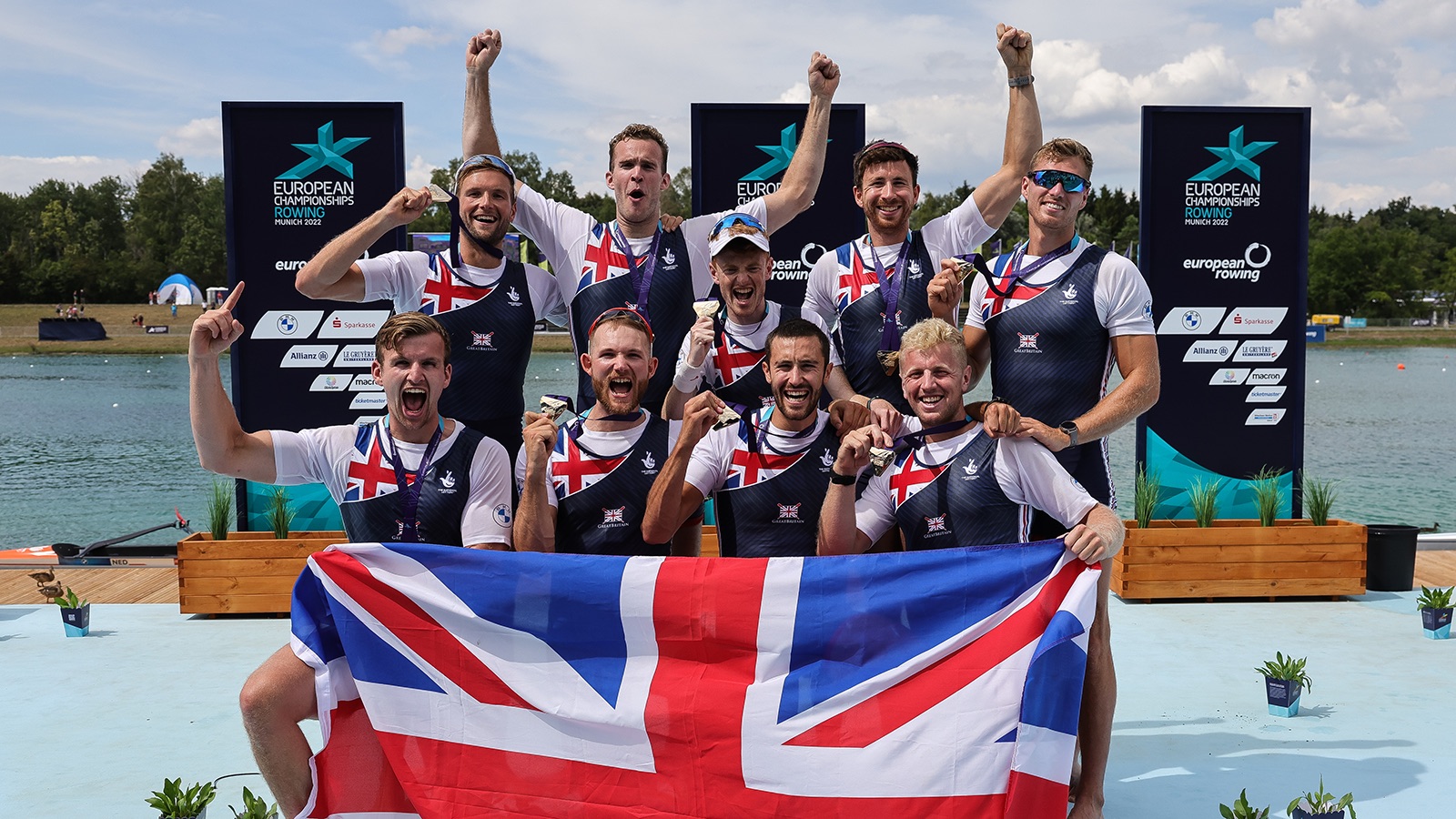 The 8, steered by fellow Brookes product Brightmore, were even bigger winners, hitting the first quarter mark a length to the good before crossing a full 2L up on the Dutch in silver in 5.49.67.

But the men’s pair of Wynne-Griffith and Tom George were a tad disappointed with silver following World Cup success, after the Romanians got away early on and stayed in front to win by a length.

Tokyo 8s bronze medallist Ollie said: “For me it’s disappointing, but at the same time that’s a lesson that we have to learn.

“The losses are always going to be the more difficult ones to take something away from, but they are valuable ones to learn from.” 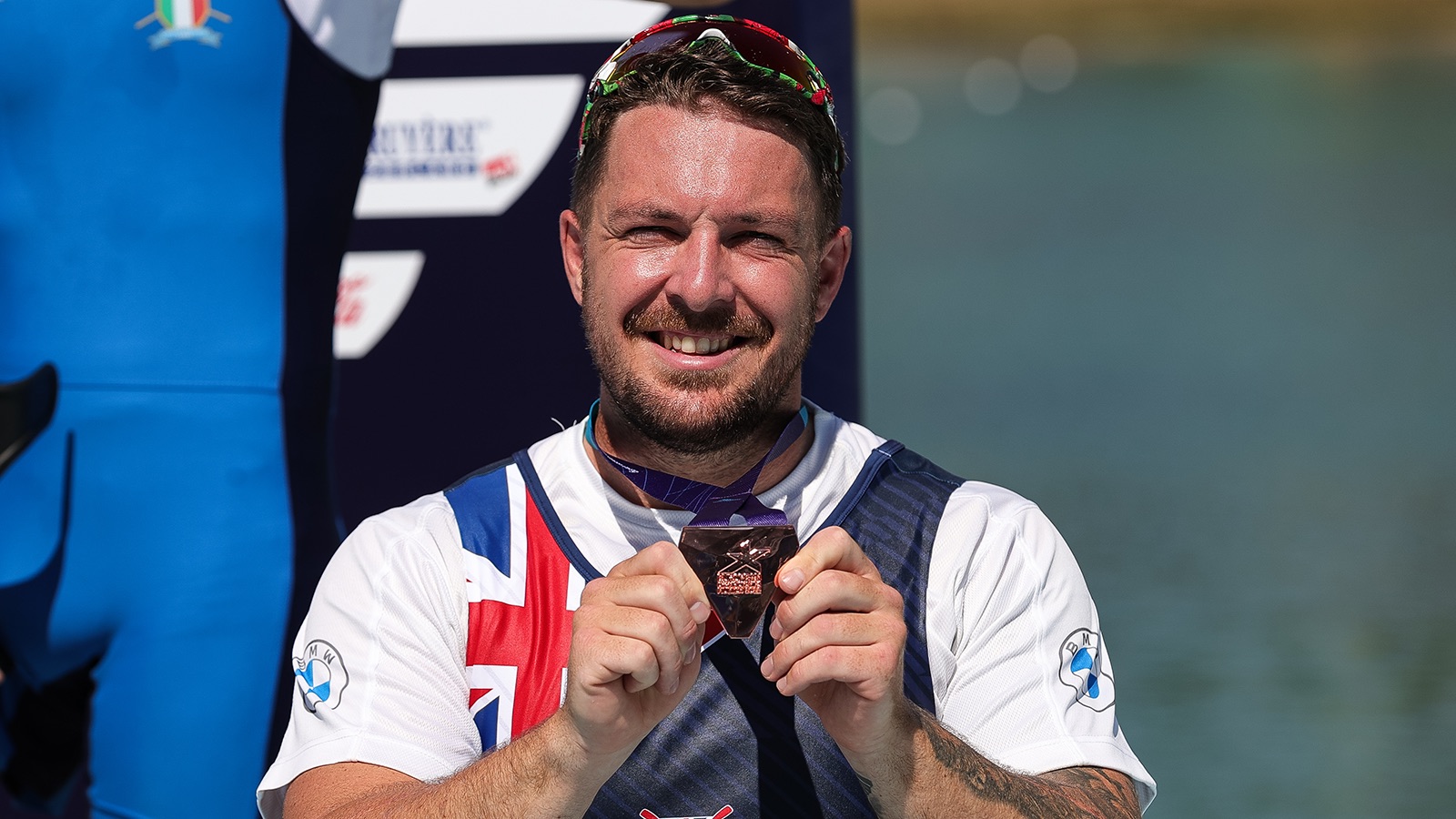 The City of Swansea rower said: “I tried to go for it but I completely blew it.

“I gave it my all, but there was nothing left in the tank. We had a good race today, I’m happy with the medal, it’s just not the colour I wanted!” 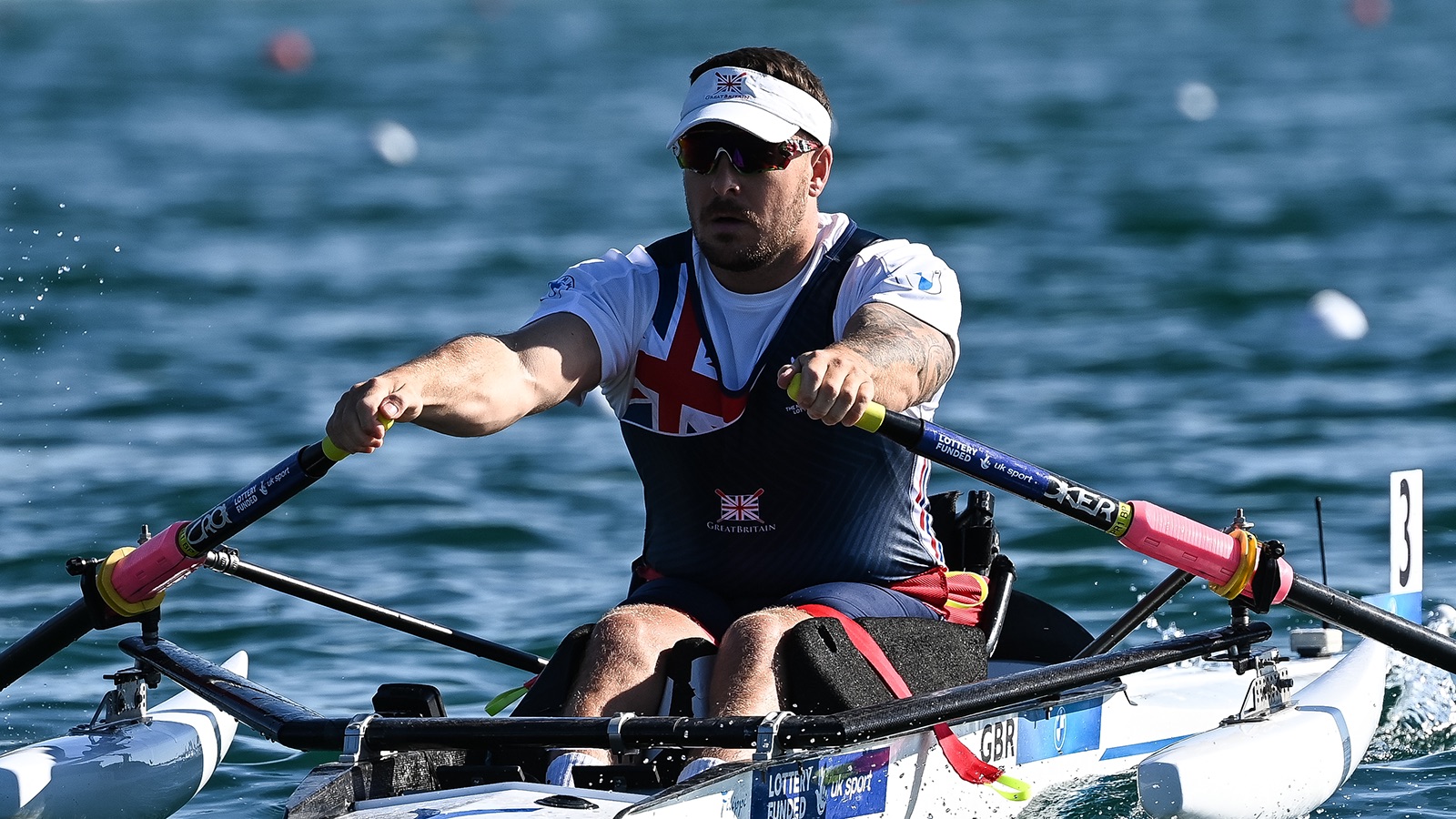 Welsh Rowing and Cardiff University graduate Tom Barras and the GB men’s quad scull placed fourth just over a length off the medals, with Italy in gold, Poland silver and Romania bronze. 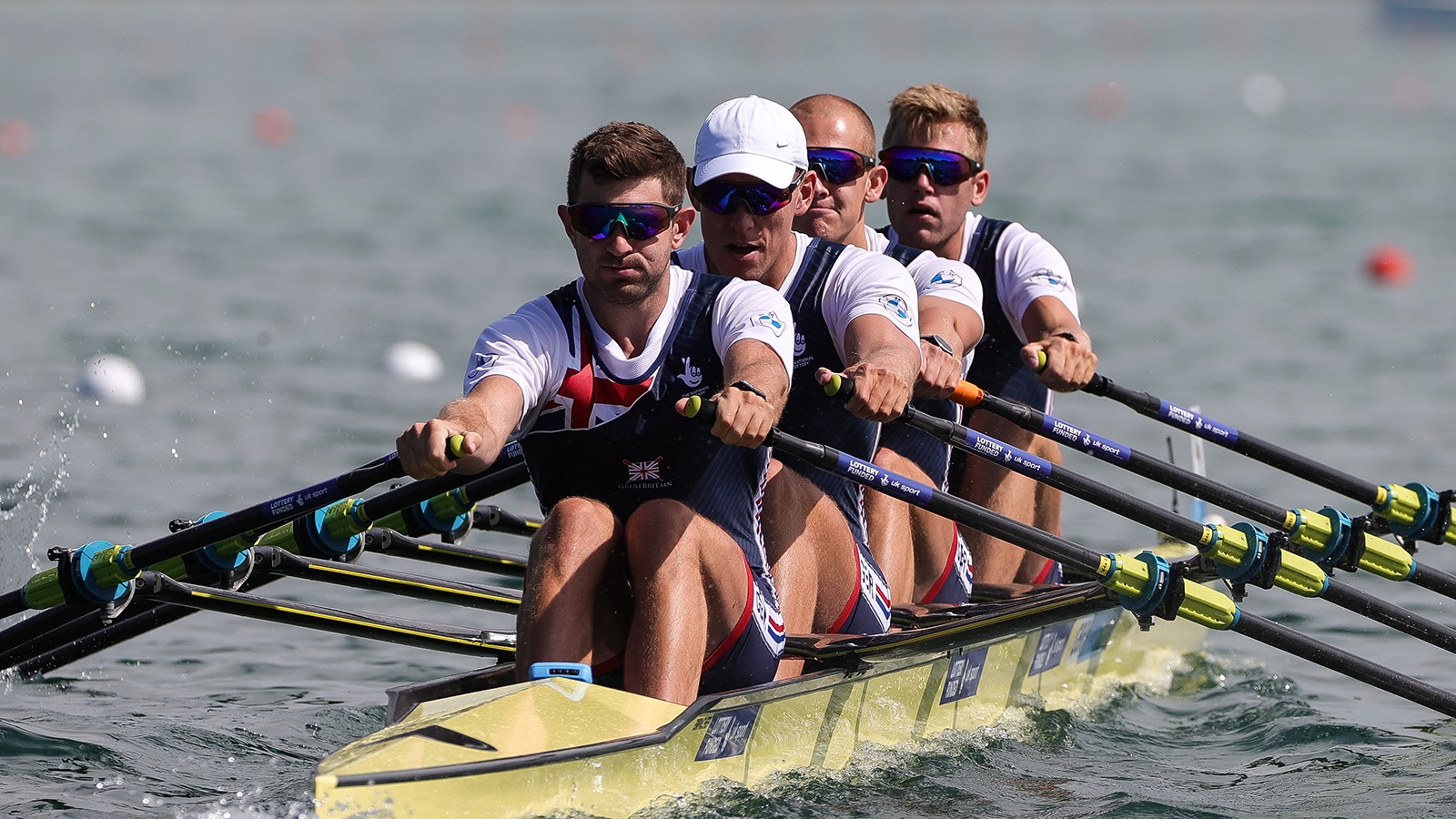