Golden hat-trick for Wales rowers on ‘Lake of the Gods’

WALES rowers raced to an amazing golden hat-trick on the ‘Lake of the Gods” at the Lucerne World Cup regatta, as Matt Aldridge in the GB four, Ollie Wynne-Griffith in the pair and Graeme Thomas in the single all roared to Rotsee victory, reports NICK HARTLAND.

Aldridge, Will Stewart, Sam Nunn and Freddie Davidson tracked the Tokyo gold medallists through half-way, where the Australians had a 1/2L lead, and held them to that margin at the 1500m mark.

Then the fireworks really began as the Brits moved through the gears, carving their way to the front and pretty much leaving the Aussies dead in the water a length adrift on the line, reached in 5mins 51.14secs, with Romania just two feet further back in bronze.

Matt said: “It was a really good feeling to go past the Australians as they had three Olympic gold medallists in that boat.

“They beat us last week at Henley by about a couple of inches, so it was good to get one back on them by a decent margin.

“This is the first international race I’ve ever won so I’m just very happy!” 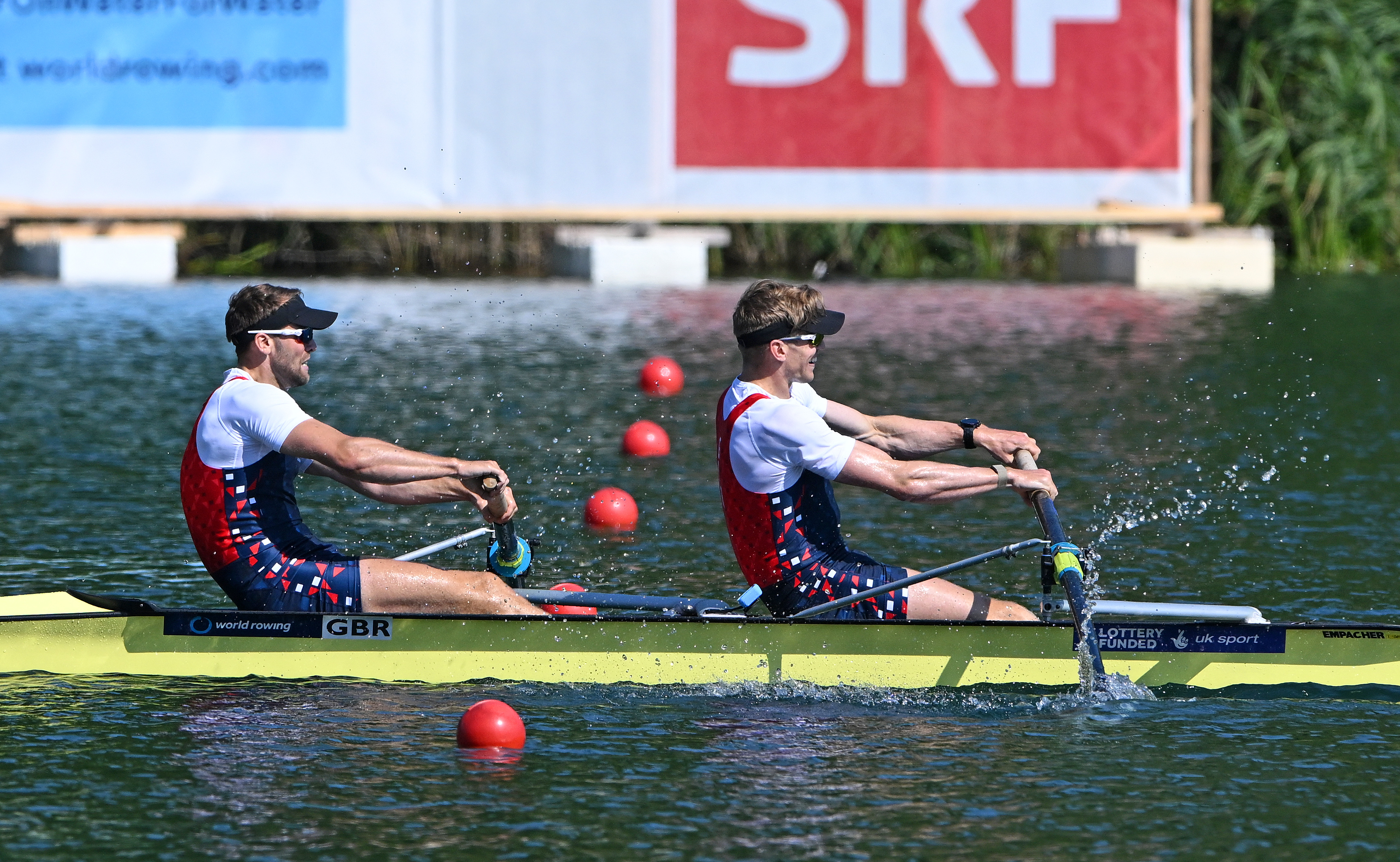 Wynne-Griffith and Tom George also overturned the Henley formbook having lost out to the Kiwi Tokyo 8s gold medallists the previous week in the Silver Goblets final.

They also kept their powder dry until the run-in, going through the 1000m mark 2/3L back on Aussie frontrunners Harley Moore and Alex Hill.

The margin was just a few feet at the three-quarter way mark and once they hit the front there was only one winner as GB came home 3/4L clear in 6.19.37, with Serbia just inches back on the Aussies in bronze and NZ relegated to fourth a length up on Welsh Rowing graduate Josh Bugajski and Harry Glenister in fifth.

Tokyo 8s bronze medallist Ollie said: “The races come thick and fast at this time of year, so when you gets knocks like last week it’s important to get back up, get back on it and know that there are performances in there.

“So I’m really pleased how we stayed focused, we stayed internal, we thought our processes and it’s paid off today and we’re just enjoying making the boat go fast!” 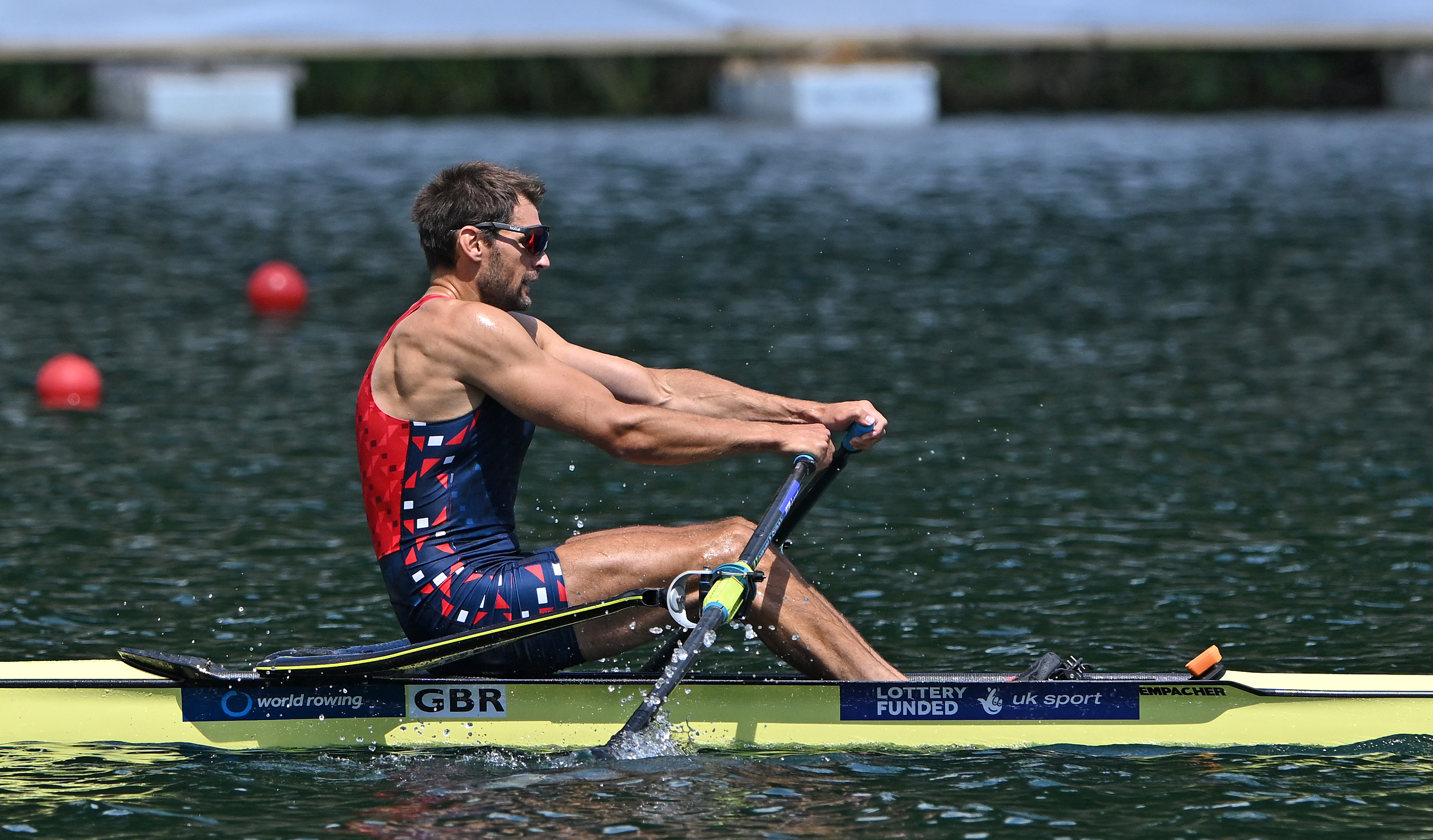 Singles gold for Graeme Thomas was the realisation of a decade-long dream for the former Wales Home Countries sculling champion after hitting the front in the second quarter.

He led Bulgaria’s Kristian Vasilev by nearly 1/2L at half-way and came home 3/4L to the good in 6.40.90, with the East European second and Germany’s Marc Weber a full 3L further adrift in bronze.

“Years ago, I read a rowing book which talked about coming to Lucerne and it being a special place,” said Tokyo doubles finalist Graeme, who made his international bow more than 10 years ago in Wales colours.

“Ever since I read that book it added an extra level to coming here and, yes, I’ve won here before but to come here and win in the single is just so special.

“It did give me that extra little something because for so long I’ve wanted to have a go and never had the opportunity to, and here this weekend I’ve won every race and have seized that opportunity so I’m just really happy.”

GB topped the medal table with seven golds, a silver and a bronze, including wins in men’s 8s,  women’s fours and lightweight women’s doubles and singles.

British Rowing Director of Performance Louise Kingsley, who raced for Wales at the 1986 Commonwealth Games, said: “It’s been a great weekend for Great Britain on the Rotsee.

“We have won medals across all disciplines (sweep and sculling, men’s and women’s squads) so it’s been a solid team effort not just on the water but also behind the scenes.”

For full results see worldrowing.com/event/2022-world-rowing-cup-iii and you can watch all the finals on BBC iPlayer.