THERE were medals galore for Welsh rowers at the British Rowing Junior Championships in Nottingham, reports NICK HARTLAND.

The heat was on in the sweltering conditions, but Wales’ youngsters stayed cool to land gold, silver and bronze at the annual three-day event.

There was gold in the J18 boys’ coxless fours for four Monmouth School for Boys students rowing in Hereford RC colours, plus silver in the J18 eight for Llandaff RC’s talented crop. 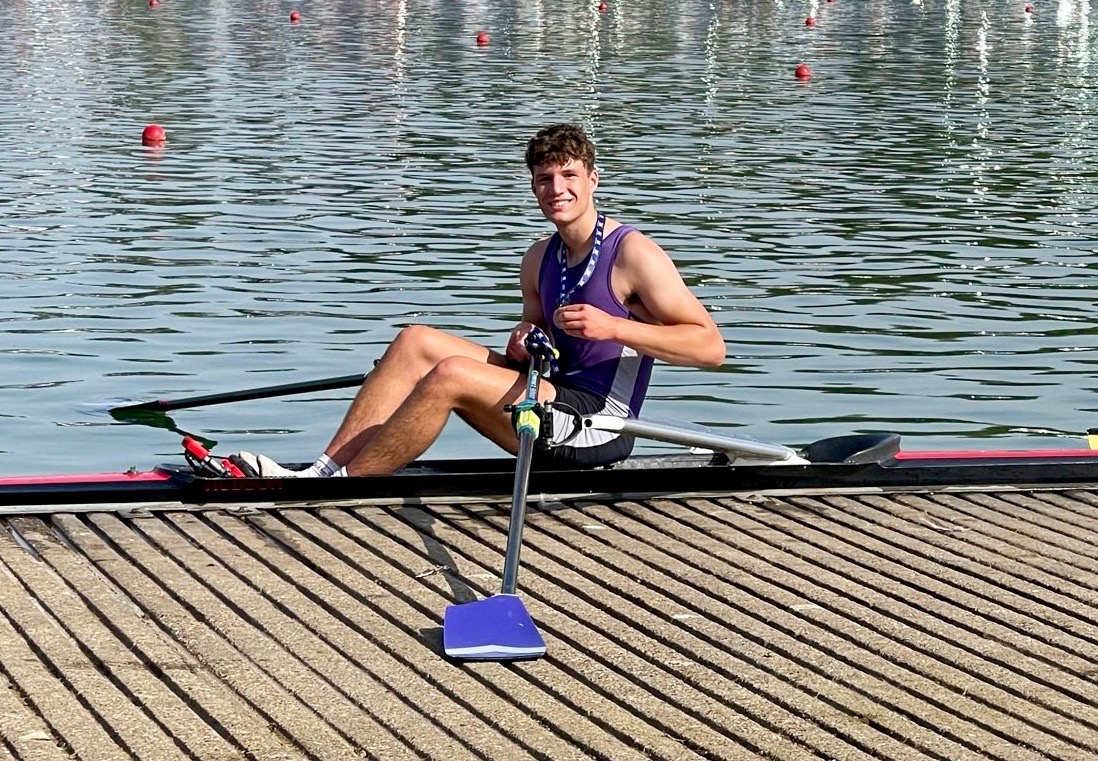 Gwillym Johnson also stormed to J18 silver in the singles, while two of the River Taff outfit’s 8 also doubled up to take bronze in the pairs. 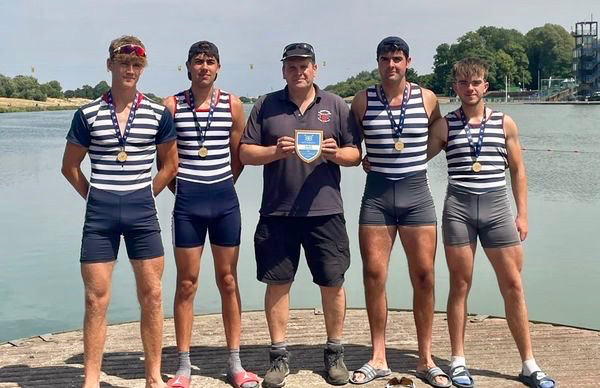 That gave them a centre lane in the six-boat final, and they stormed straight to the front of the pack, leading Aberdeen Schools by 1 1/4L at 500m, and stretching out to 2L at half-way.

The lead had grown to 2 1/2L with 500m of the 2km course to race, and they came home just over 2L clear of the Hampton outfit in 7mins 03.11 secs, with the Scots taking bronze just feet back. 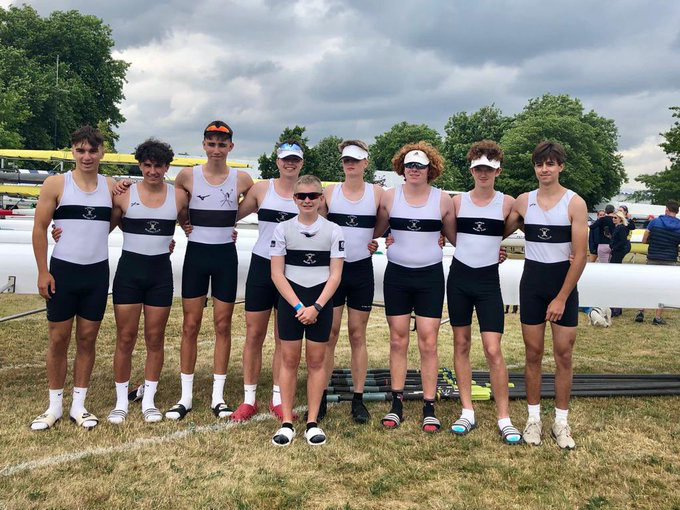 And although the Thames outfit had squeezed a few feet in front at half-way, the Welsh club crew were already 2L clear of Claires Court.

And they came home just over a length back on Hampton to take silver in 6.41, 2 1/2L clear of the Maidenhead outfit in bronze.

Schlottmann and James were out again within 90 minutes in the pairs final, where they went through 500m just feet down on pacesetters Pangbourne, and were still second at half-way having squeezed feet in front of the Thames outfit with Great Marlow School now leading.

The Welsh duo still had a canvas on Pangbourne with 500m to race, but having raced just over an hour earlier they had to settle for bronze in 7.42 in the run-in, with Marlow in gold 3L up. 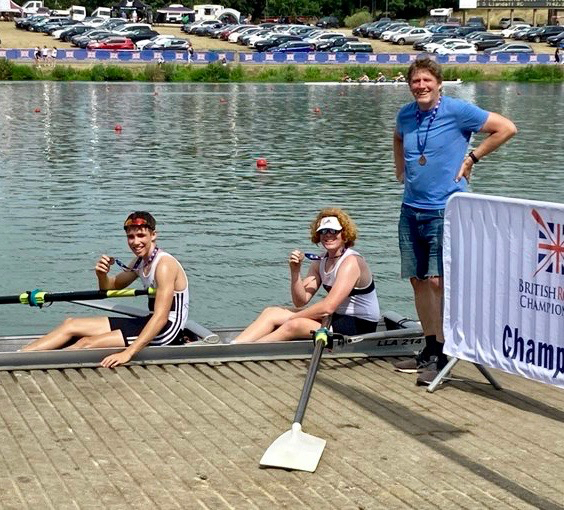 In the six-boat singles final, Wycliffe’s Johnson held third through the middle of the race, going through the three-quarter way mark 3/4L back on the Trentham sculler in silver.

And he burst through to grab second by clear water with a grandstand finish, crossing in 7.54 2L behind the Northwich winner.

The Wye school’s Violet Holbrow-Brooksbank and Seren Van der Horst also placed eighth out of 29 in their girls’ U16 double sculls time-trial to put them in the B final.

Shrewsbury School’s George Staden was ninth in J18 doubles, while Emily Downing and her WJ16 Great Marlow coxed four won their B final for seventh overall.

Monmouth School for Girls’ Ailsa Whitehead came third in the C final of the U14 girls’ singles after her time-trial, in the seventh fastest time of the 33 entries, which would have won the B final.