Tide of excitement surging ahead of World Coastals in Wales

ENTRIES are open and the excitement is building ahead of the World Rowing Coastal Championships and Beach Sprints in Pembrokeshire in October.

The prestigious global event was awarded to the Pembrokeshire village of Saundersfoot in 2020, and now the ultimate showcase for flatwater’s ‘wilder cousin’ is almost here.

The venue played host to the Welsh Rowing Beach Sprint Championships in May, followed most recently by the British Rowing titles, where more than 220 competitors launched out in more than 100 boats.

GB flatwater world medallist Charles Cousins again proved a dab hand at the coastal offshore version, partnering Jersey’s Des Nevitt to a 25-second win in 21.04 over Peter and Chris Berg from Sweden, the former a previous World Coastals singles champion, with Mayflower’s Robin Steward and Jamie Board in bronze. 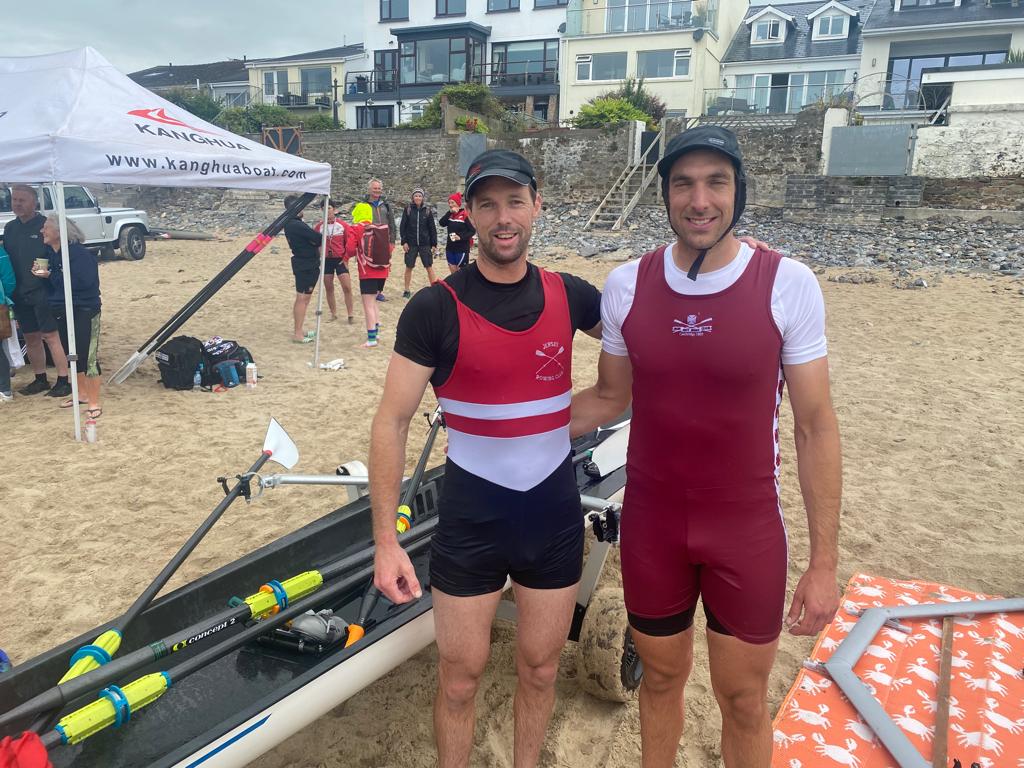 And Peter Berg and wife Maria had 22 seconds in hand crossing for mixed doubles gold in 22.55 from Exmouth’s Will Loftus and Christchurch’s Claire Jamison, with Italian double Annalisa Cozzarini and Rosario Panteca in close attendance taking third.

London University alumni club Tyrian won the open coastal quads in 21.03 from Plymouth-based Mayflower and a Cardiff University/Loughborough Students combination, while Jersey’s A boat beat the B boat to the Masters title in 22.38, with Exeter/Mayflower squeezing to bronze by just five seconds.

In the beach sprints, Fishguard & Jemima RC’s Jerry Owen stormed to open singles victory from Cousins to retain his title, while in the women’s singles Christchurch’s Jamison scored an upset over double Olympic pairs champion Helen Glover, leading her into the first buoy where the international slipped the wrong side and had to double back round. 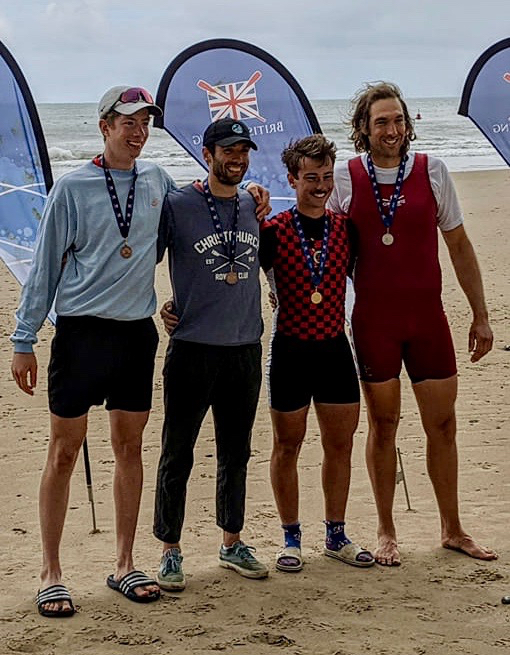 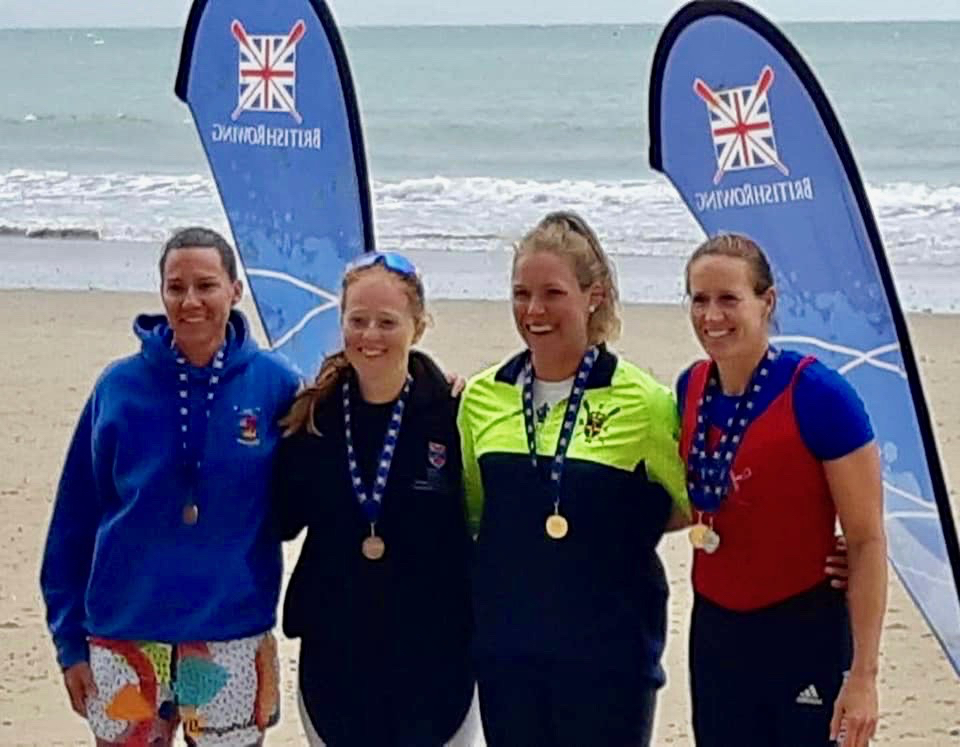 Glover did win the mixed doubles though with former GB team-mate Cousins, with Jersey’s Nevitt and Laima Pačekajutė in silver.

The World Rowing Coastal Championships will be hosted by Welsh Rowing and British Rowing in Saundersfoot over the weekend of October 7-9, followed by the Beach Sprints from October 14-16.