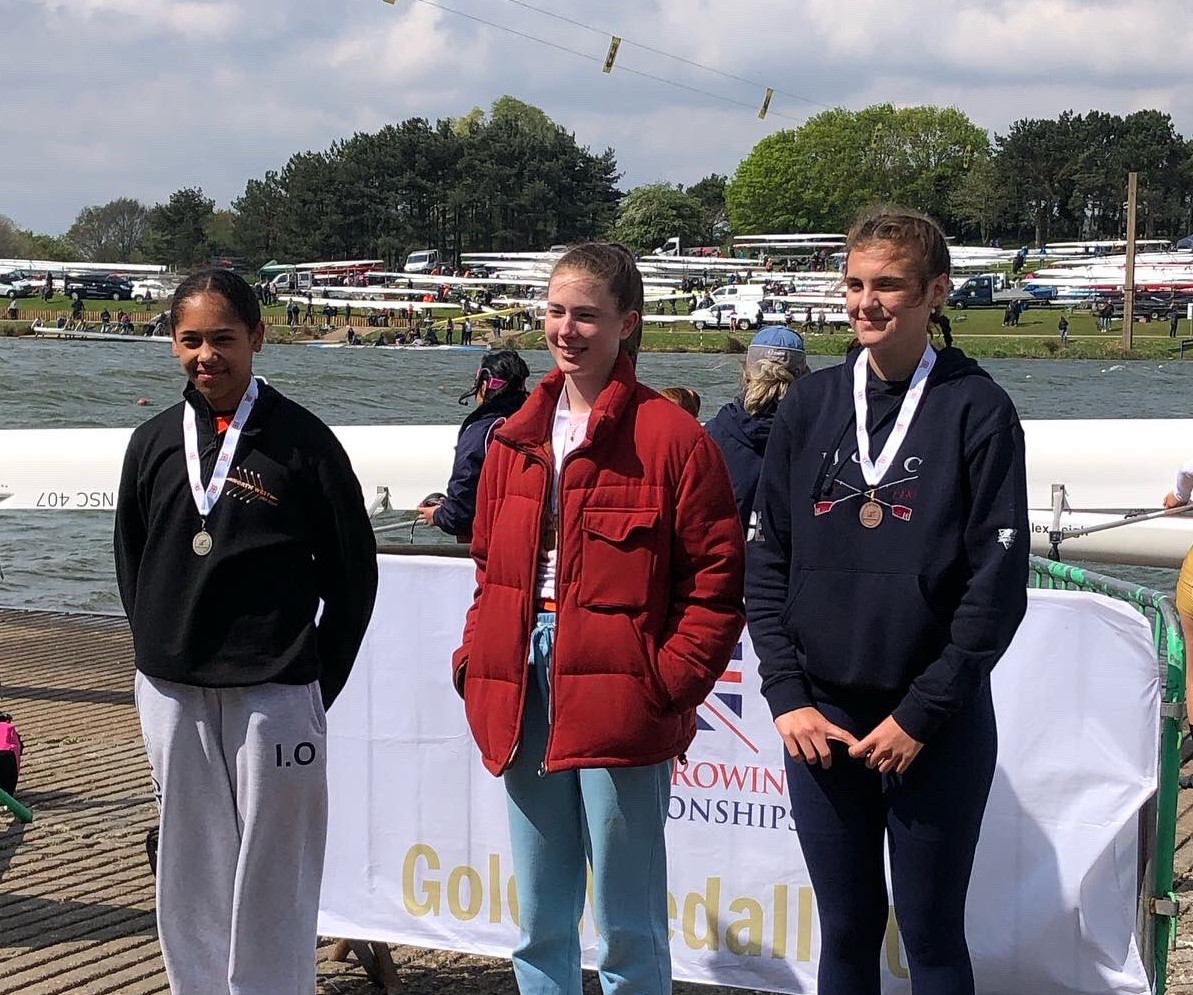 And the eight-boat Welsh fleet also saw fourths in the girls’ U16 coxless fours and U15 coxed fours for MSG boats, and fourth in the J16 girls’ eight for Llandaff’s crew.

Monmouth School for Boys’ crews also came through the Holme Pierrepont spray to land fifth in U16 coxed fours and 10th in U15 fours.

And a composite of the boys’ school, Monmouth Rowing Club and Monmouth Comprehensive School also came 10th in the boys’ U16 quad sculls.

Boats in each 1km event were split into two races of six, with the 12 then ranked in time order - presumably due to the rough water causing problems staging heats and then finals, which is the fairest format.

Thames Upriver went faster winning the other heat, but the second Northwest boat was a narrow 0.8secs behind the Wales and the West boat who took the bronze.

Ailsa Whitehead raced home second in her heat 3.3 secs behind the North West sculler and 5.4 secs ahead of the Thames Upriver racer.

The school’s U15 boat of Eva Hutchings, Carys Faulkner, Cerys Lewis, Hannah Jones and Hattie McAninly raced away with their heat by 13 seconds from the next placed-Yorkshire boat, crossing in 4.08.3.

But they just missed out on bronze by three seconds after the first three home in race two – Upper Thames, Thames London and North West – set the fastest times.

But they narrowly missed out by six seconds on a podium place to the first three home in the other heat, Thames Upriver, Northwest and Thames London.

It may have helped both Welsh boats racing right alongside their medal rivals rather than having to effectively time-trial it, but the format meant the luck of the draw came into play.

The U16 Monmouth coxless four of Tabby Prosser-Wrench, Josie Leaf, Ellie Emes and Lauren Pritchard raced home third in 4.00.3 in their heat behind Upper Thames and Thames London, just pipping Yorkshire by 0.7 secs.

But they were narrowly squeezed off the podium by race two winners Northern by just 1.1 secs as they placed fourth.

Again it may have helped racing right alongside the bronze medal crew.

The Monmouth School for Boys’ U16 boat of Will Latheron, Philip Lawler, George Whittal-Williams, Ben Holley and cox Ben Jennery raced home third out of six in their heat, pipping West Midlands by 0.7 secs as they crossed in 3.43.20 behind Upper Thames and Eastern.

The U15 boat of Ed George, Charlie Coulthard, Rufus Coker, James Loose and cox Bill Arrand came fifth in their heat in 4.16.60 to pip Northern to 10th overall.

Max Hole and Ffyn Parry of Monmouth Comprehensive joined George Coates of Monmouth RC and Charlie Freyer of Monmouth School for Boys to race the U16 quads and finished in 3.43.8 to beat Thames South East to 10th.