THERE was joy, heartbreak and drama on Henley Royal Regatta Wednesday as a flotilla of Welsh rowers launched out on the historic 2112m upstream Thames course.

And there was drama late on as Matt Rowe’s Oxford Brookes’ Visitors four clashed two strokes from the finish with Vichy/Lyon while leading narrowly, with the French then drifting over the line in front.

Matt Pinsent had been kept busy with the umpire’s flag all the way down the course, and ordered a re-row with both boats in neutral water when the clash happened.

Fifty minutes later at the end of the day’s racing they did it all again, almost clashing along the Island before Brookes squeezed out to a length mid-race and held on to win by 3/4L, setting up a mouth-watering quarter-final with Oxford’s Dark Blues, conquerors of Dutch raiders Nereus.

Monmouth Comprehensive and Monmouth RC product Paterson stroked Brookes old boys Taurus to a comfortable 3L win over Agecroft after an easily verdict on day one over City of Oxford.

They face hotly-fancied Molesey on Thursday for a place in the last four.

And in the same event, Thames Cup and Wales Home Countries winner Griffiths helped his Upper Thames boat to a similarly comfortable 2.5L win over Marlow to set up a last-eight clash with Ireland’s Shandon.

Issy Powell’s Leander 8 cruised to a win by the same margin from a Thames/California Berkeley composite in the Remenham Cup women’s 8s and next face fancied American squaddies Princeton Training Centre/Arion.

Katherine George, back from rowing at Princeton University, and fellow GB squad rower Vwairé Obukohwo had a tough Stonor double sculls tussle with Leander’s Imogine Magner and Katie Mole, but had control along the enclosures, winning by 2L to earn a last-eight clash with Australia’s Lucy Coleman and Anneka Reardon.

Llandaff RC and Welsh Rowing graduate Angharad Broughton also winged home from the States to secure a hard-earned 1 1/4L win in her Washington University crew over Edinburgh University in the Island Cup women’s college 8s, with Dutch seeds Triton the reward in the next round.

Former Goldie rower Tom Strudwick’s Thames RC 8 eased home ahead of Marlow and race Tyne in the last 16 of the Thames Cup, while fellow Wales caps Pete Dean and Sarah Armstrong helped their Royal Chester boat past Twickenham by 4.5L, with seeds Sydney RC Australia up next.

Margaret Cooke, who rowed for Wales as a junior in the 1980s, steered the Minerva 8 in the same event, giving the Tyne boat a good race before bowing out by some 2L.

Llandaff RC twins John and Rob Davies and Old Monmothian Robbie Prosser-Wrench had real hopes of going all the way in their Bristol boat after eye-catching performances at BUCS and the Met, and led Brookes past the half-way Fawley mark.

But Brookes got their noses in front at the Mile Post, and held off Bristol’s grandstand charge to win by 1/2L. 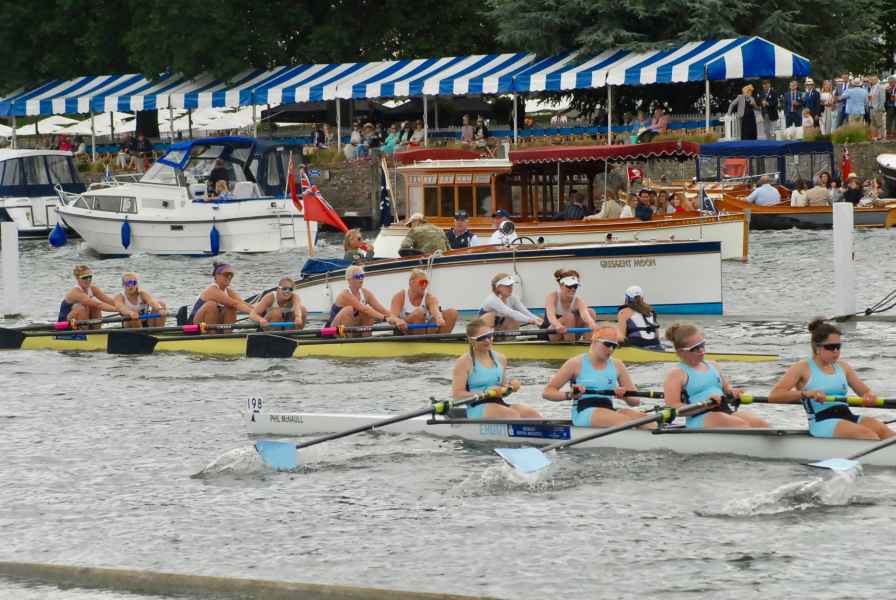 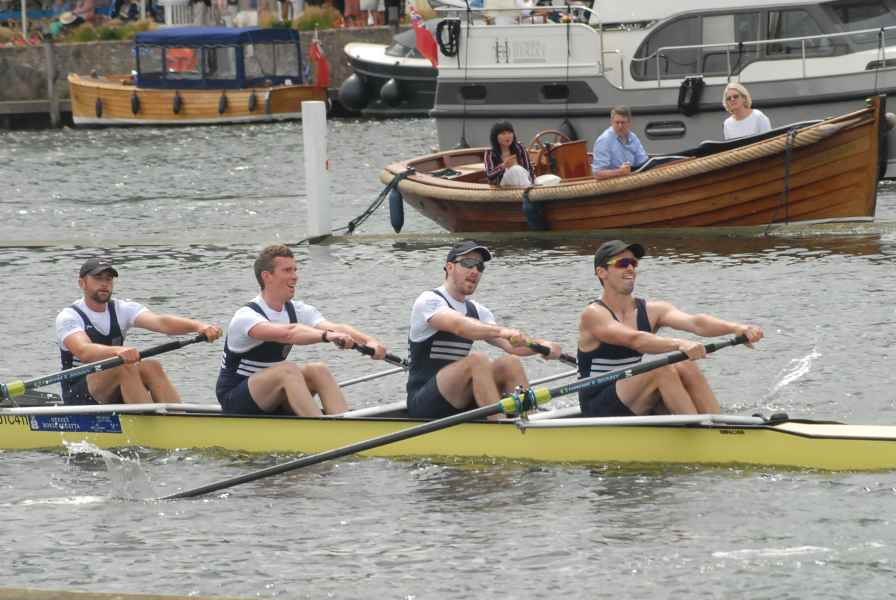 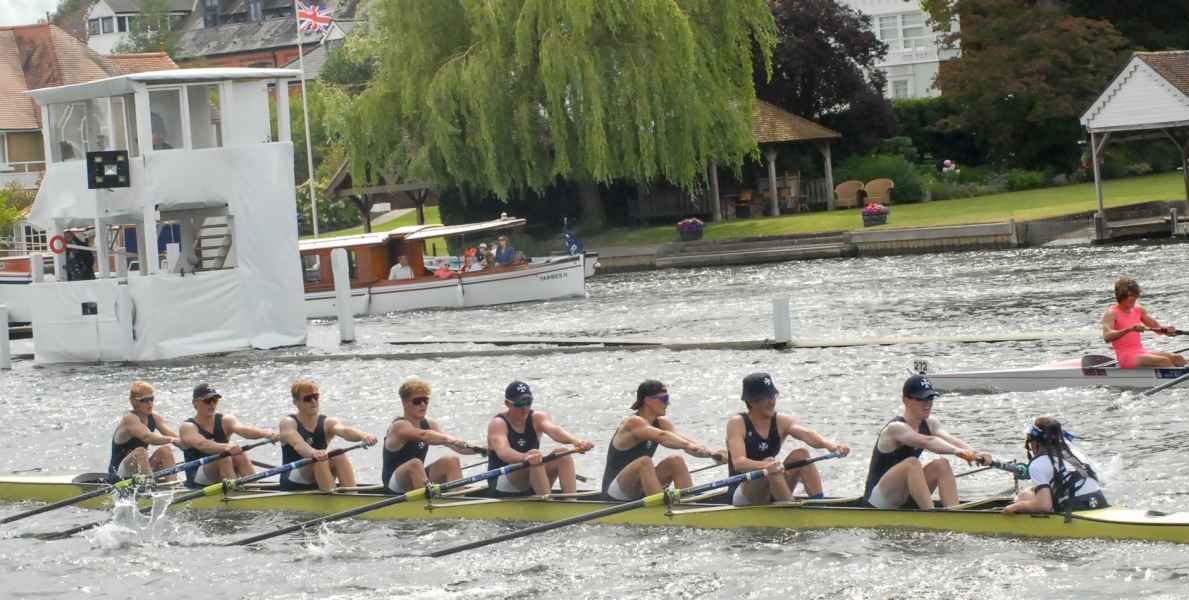 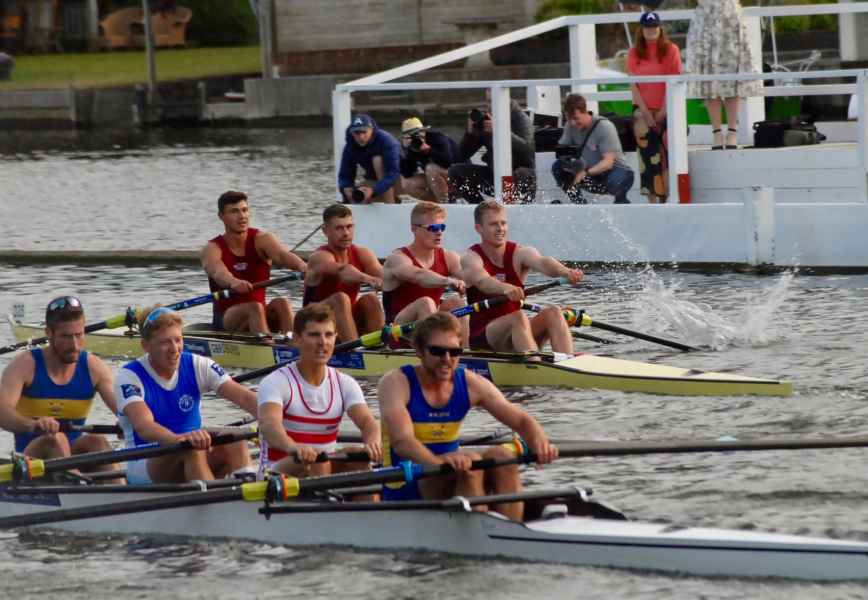 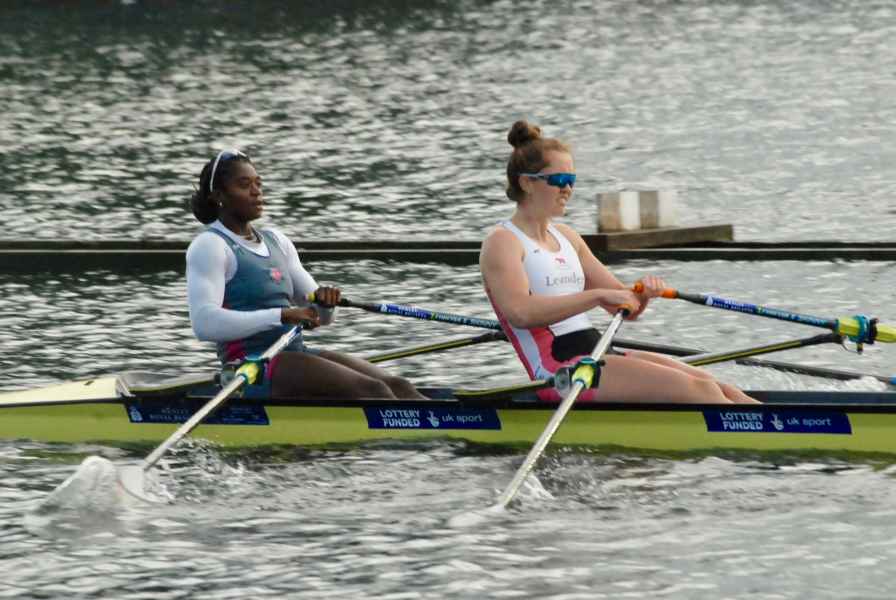 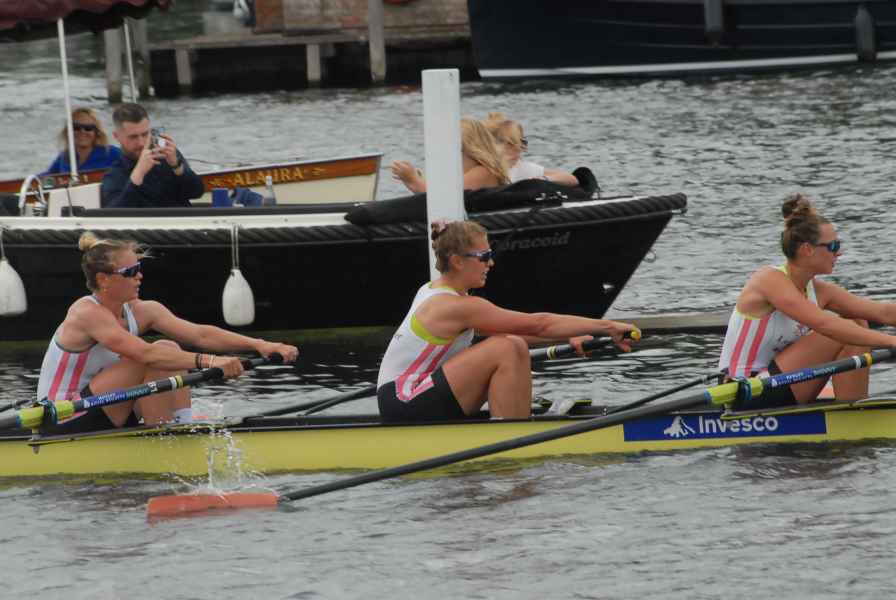 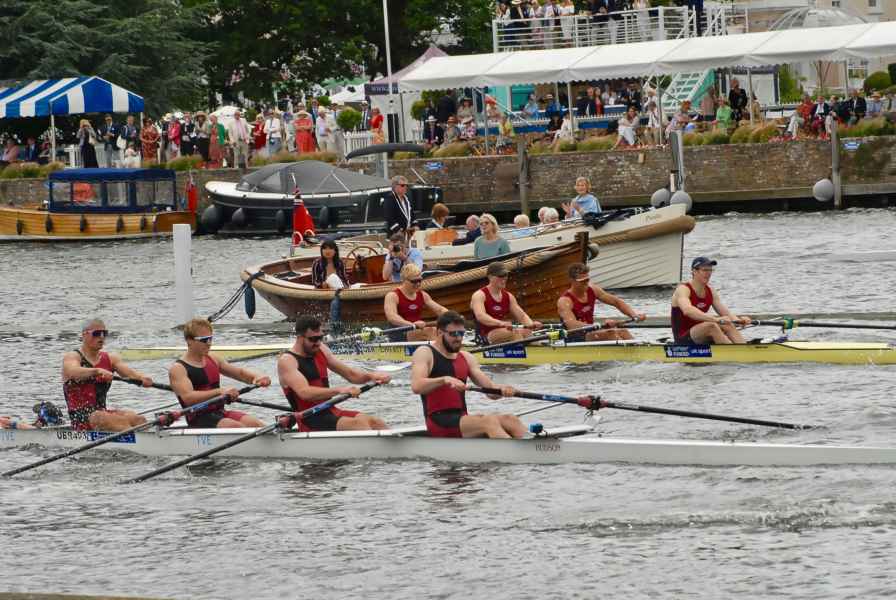