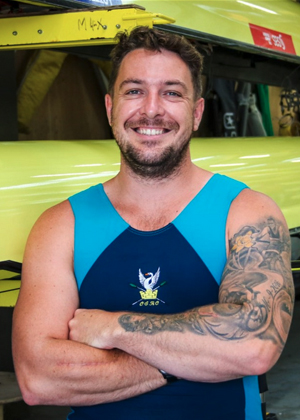 My name is Benjamin Pritchard (29) from Swansea, South Wales. I have now been involved in rowing for 5 years having represented British Rowing at the Paralympics in Tokyo in 2020.

I started rowing as part of my rehabilitation in Stoke Mandeville - first as a tool to help build more back strength and core control and then as an outlet for my competitive mindset. From there, I joined City of Swansea Rowing Club where I took my first strokes on the Water. The rest they say is history!

I love being out in nature, even on those cold wet Welsh winters! For me it gives the same feeling as when I used to cycle in the country lanes. You can be working near your maximum capacity but there is tranquillity all around you.

I also feel hugely empowered by rowing, as when I get in my scull and push off the landing stage, I actively watch the wheelchair disappear. This may seem a strange thing to say but it gives me a huge sense of freedom!

Rowing has had a huge positive impact on my life, whilst difficult at times - I would thoroughly recommend anyone that wants to try an outdoor sport and enjoys trying to find their new limits then rowing is the sport for you!

My biggest advice is just to give it a go! You’re not going to be an Olympian or Paralympian on the first stroke - but who knows where it can take you! The rowing community is very friendly and most clubs are very inclusive to everyone so why not just go down and give it a go! 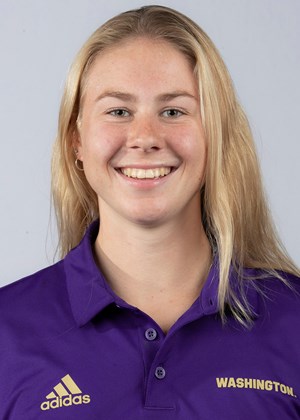 My name is Angharad Broughton and I’m currently on the women’s rowing team at the University of Washington. I was at the Welsh Rowing Start Centre for 3 years and during my time there I competed for Wales twice at HIR in 2017 and 2018. In 2019 I went to Junior Worlds in Japan in the quad and I was selected for the eight for the 2021 U23s World Championships.

I started rowing in 2016 when I went to an indoor rowing competition with my school, and I was approached by Welsh Rowing who thought I might have potential for rowing. I had never really thought about rowing as an option because I was busy with netball, but I wanted to try it. My school, Ysgol Gyfun Gymraeg Glantaf, and Welsh Rowing were very instrumental in my commitment to the sport and my success.

One of my favourite things about rowing is the community that you develop within whatever team you are in because everyone has the same goal of getting faster and stronger everyday. I enjoy rowing because you are able to push yourself everyday and learn so much about yourself.

Rowing has given me so many opportunities that I that I would’ve never had without it, such as going to the US for University and travelling. You meet so many people through rowing from across the country who you have so much in common with. Along with meeting so many new people, rowing has made me so much mentally and physically stronger and I feel like this is down to training with so many like-minded people that push you everyday.

My advice is that you have to be patient with it, whether that’s not capsizing in the single or just waiting for improvements to happen. At the beginning you improve so quickly but the hard part is pushing through when you feel like you’re starting to plateau. One of the most important things is to enjoy it because you spend so much time doing it. 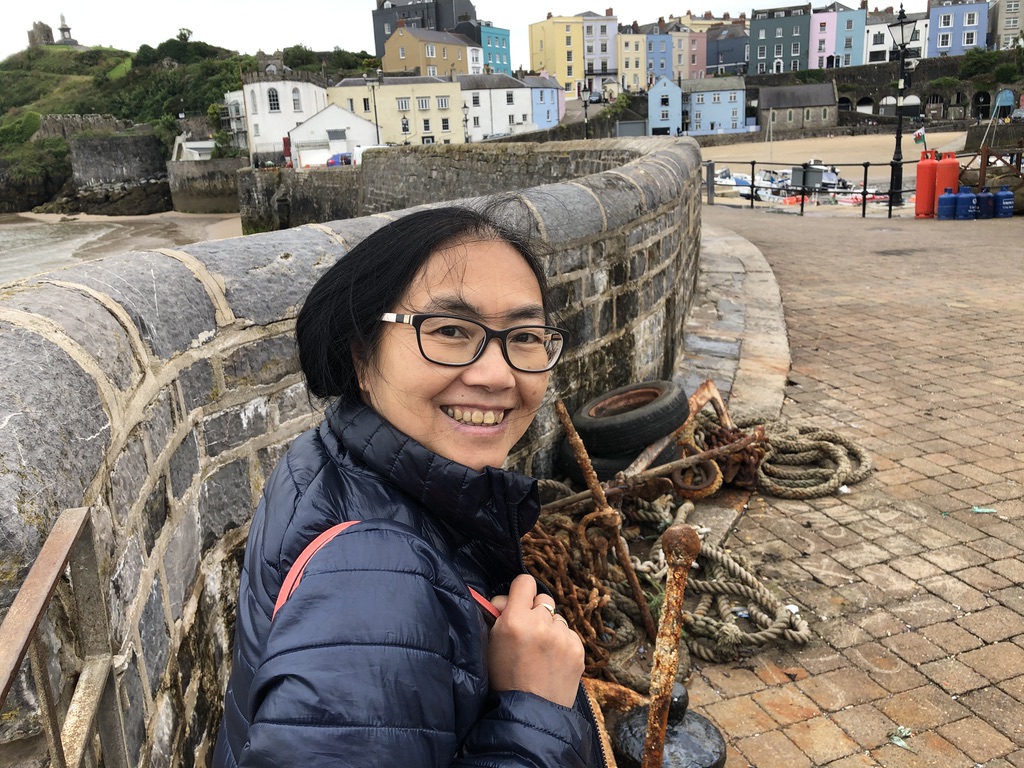 I have been involved in rowing for 30 years. I started as a cox before trying out rowing and rowed in a coxed 4. From City of Cardiff Rowing Club, I moved to Llandaff Rowing Club and continued to row as a senior. Being only 5ft 2”, I found myself spending more time coxing than rowing, and through coxing I started to coach novices from the coxes seat. This lead me to becoming a full time coach, coaching adult beginners. I enrolled on numerous coaching course held by Welsh Rowing and British Rowing. As a qualified coach, I coached for 20 years. During this time, I was also elected as a Novice Vice Captain, which I enjoyed and stayed in this position for 8 years then Master's Vice Captain.
I joined the General Management Committee as the club's Communications Officer. Being in the field of Marketing in my day job, I thought it would be good to help the club with communication both internally and externally and I help run the club's website.
In 2017, I took the plunge and put myself forward as Club Captain and ran that post for 2 years. During my time with Llandaff Rowing Club, my services to the club was well recognised and I was elected as a life member. I am now one of the Vice President of Llandaff Rowing Club.
I am also a Welsh Umpire of 23 years and continue to do my duties whether it be local events or Home Countries.

Out one night with friends I was introduced to a chap by the name of Creswell Wiggins. A long standing member of Llandaff Rowing Club, who set up a new club City of Cardiff Rowing Club. He asked if I would like to travel around the country and shout at men...this sounded interesting, so we exchanged numbers and a week later I was sat in the coxes seat.
A few months later, I was coxing a women's crew for Llandaff's annual fun regatta 'Pubs and Clubs – now known as 'Splash n Dash'. 10 days before the event the bow girl injured herself and stepped down. I had a rough idea what to do, so was put into the bow seat and had a major crash course on how to row. At the weekend's event, I was not blessed with the draw and didn't have that important 'bye' and so had to row 5 times to win. We got to the finals and was up against a hockey club with girls almost twice my size. Hence little chance of winning, nevertheless, I was proud to take home my 'runner up' tankard. Soon after that, I asked my coach if I could row instead of coxing, and that's how I ended up rowing.

Meeting people with similar interest, having fun and keeping fit. Its nice to go away to regattas and meet like-minded people from other clubs in this and other countries with the same interest.
Winning your novice status is also an experience you will never forget. I won mine at Leicester Regatta 26 years ago, and I still remember every stroke for stroke. And after coaching novices, the thrill you get seeing your crew pass the finish line first in the finals, is equally a buzz you get inside.

Its been my life for 30 years. Coaching others on how to row has been rewarding. As a child I was a very shy girl, and being part of a rowing community has made me grow in strength and confidence.
Keeping fit is something that didn't come naturally to me, but being rowing fit is on another level - but totally worth it. After years of coaching and coxing, 7 years ago I decided it was time to get back into a boat, and started to single scull as a Master. Very wobbly and scary at times, it a thrill to be able to sit and move a boat on your own. Persevering with single sculling, I was then put into a double with Rosa who was the same stature as me. Working well together after 5 weeks we entered the British Masters Championships as novices, and to our surprise we came home with Silver. Today, I have given up competing in competitions and enjoy recreational rowing with a few other Masters at my club.

Regardless of age, its one sport I thought I would never end up doing. The camaraderie amongst your fellow rowers is amazing, the buzz you get from competing or relax paddling its the type of sport that keeps you mentally and physically fit and healthy. I'm nearly 60 and I feel I can continue for another 20 more... 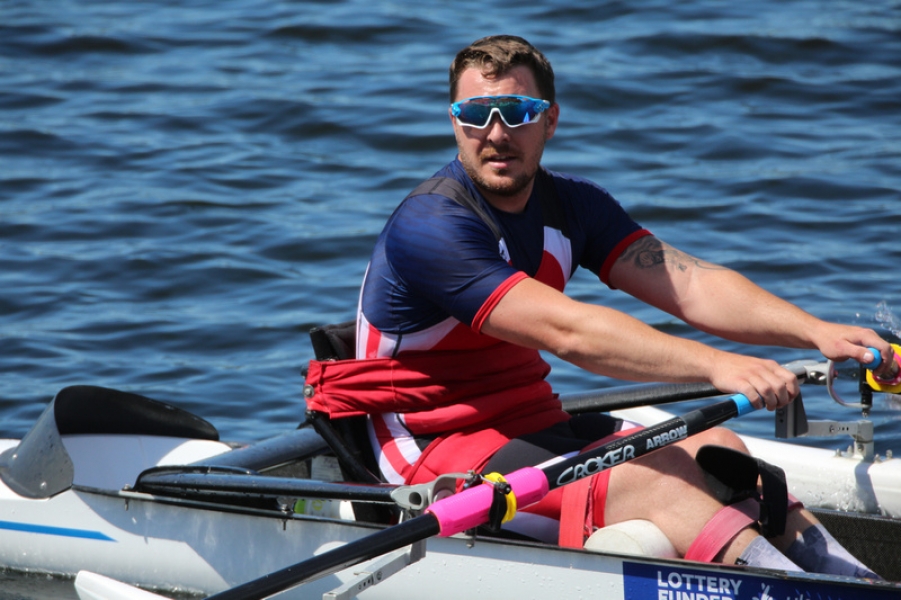 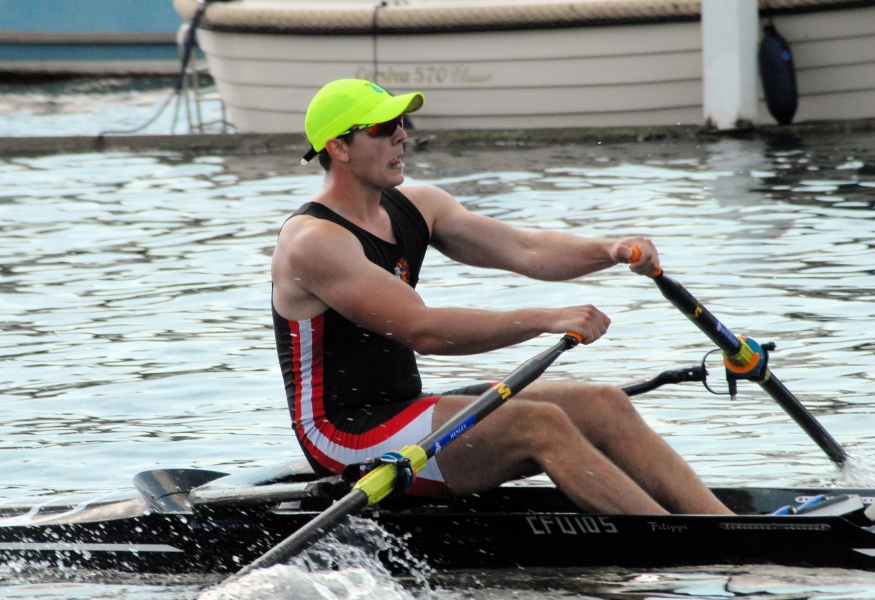 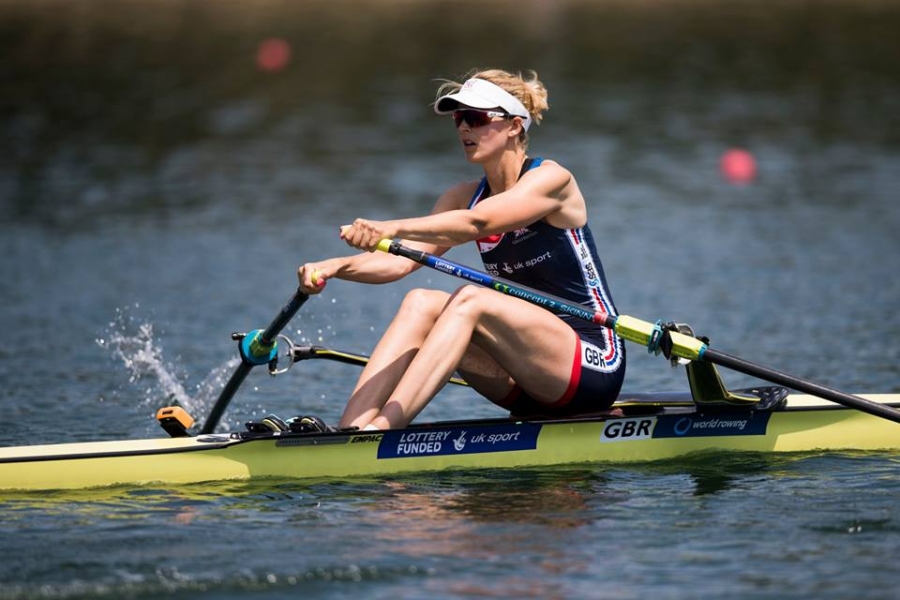 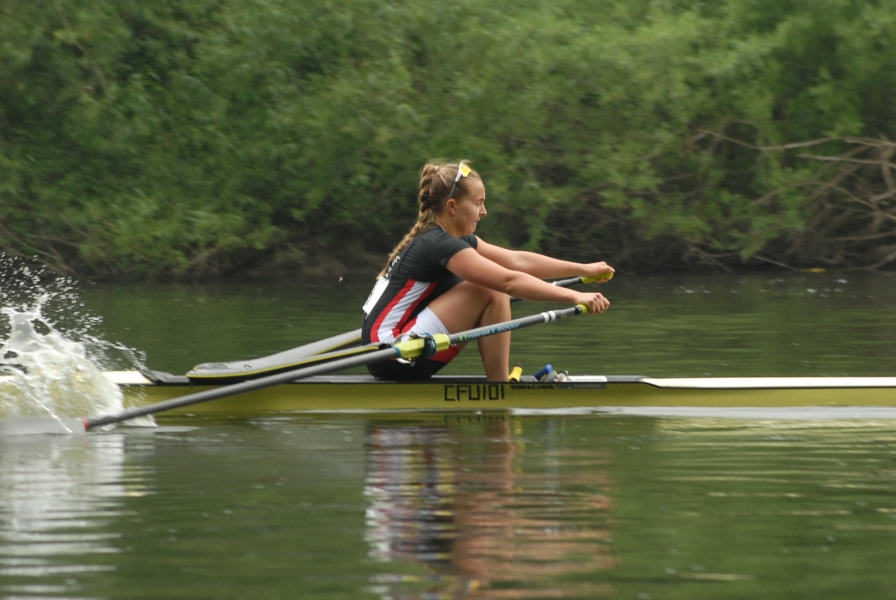 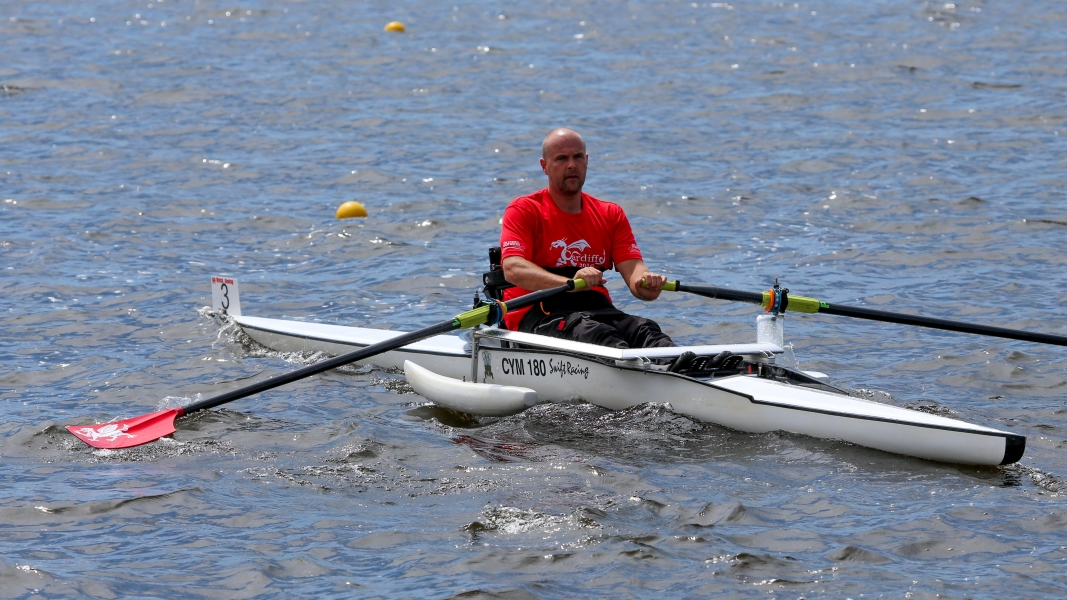 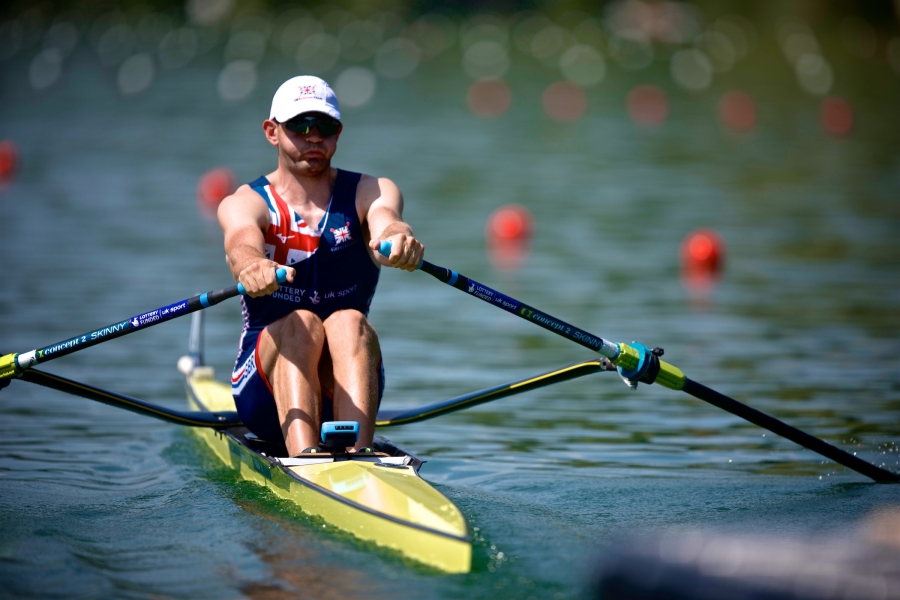 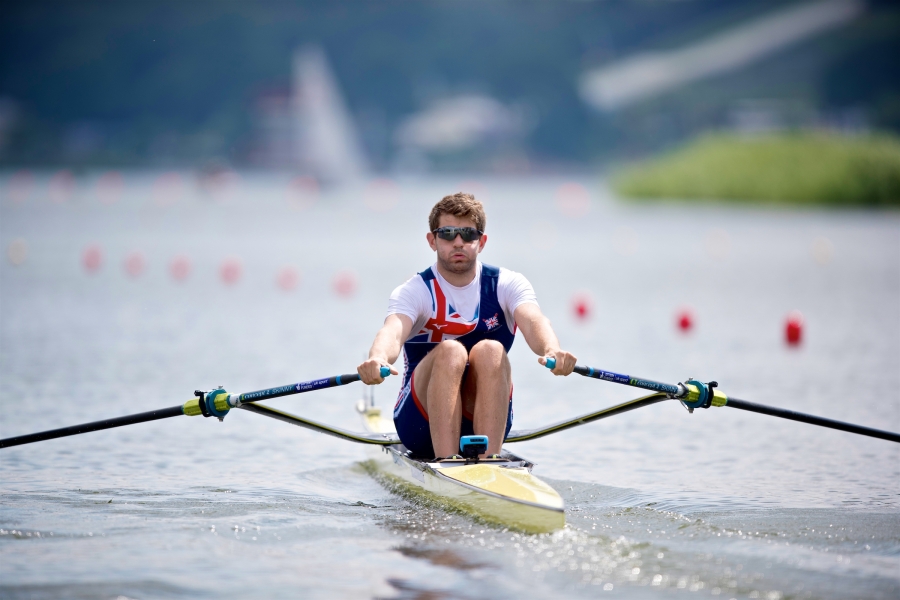 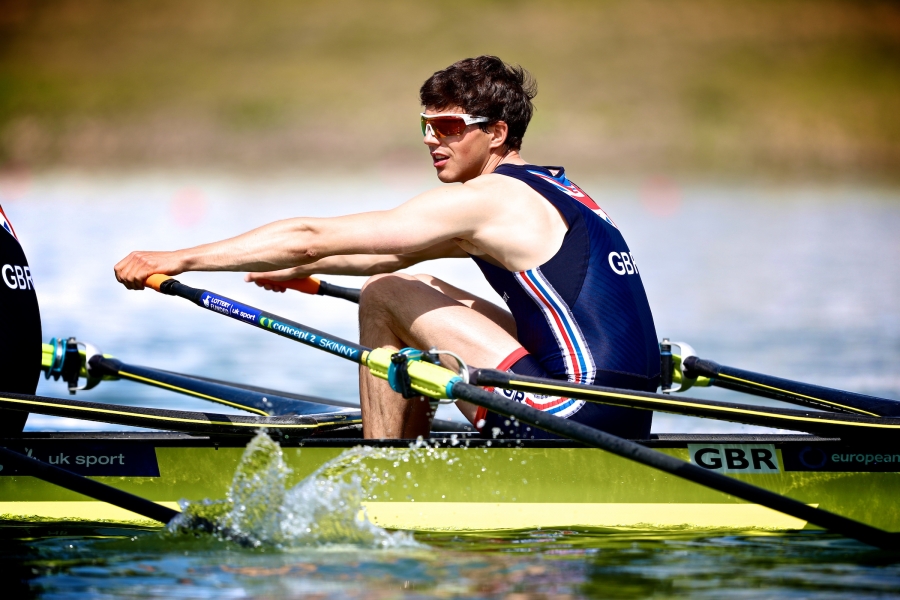 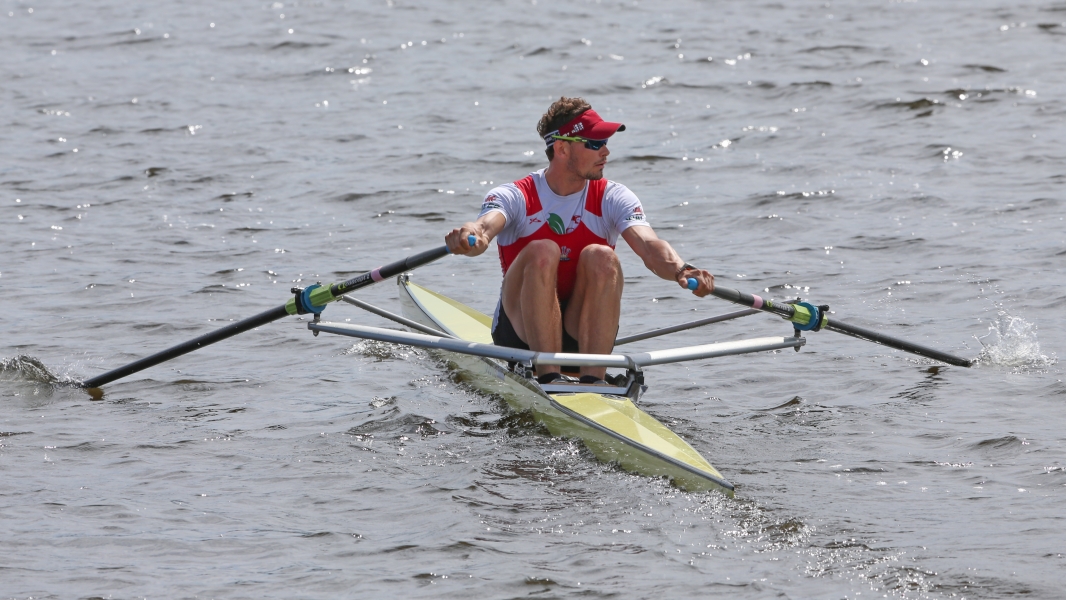 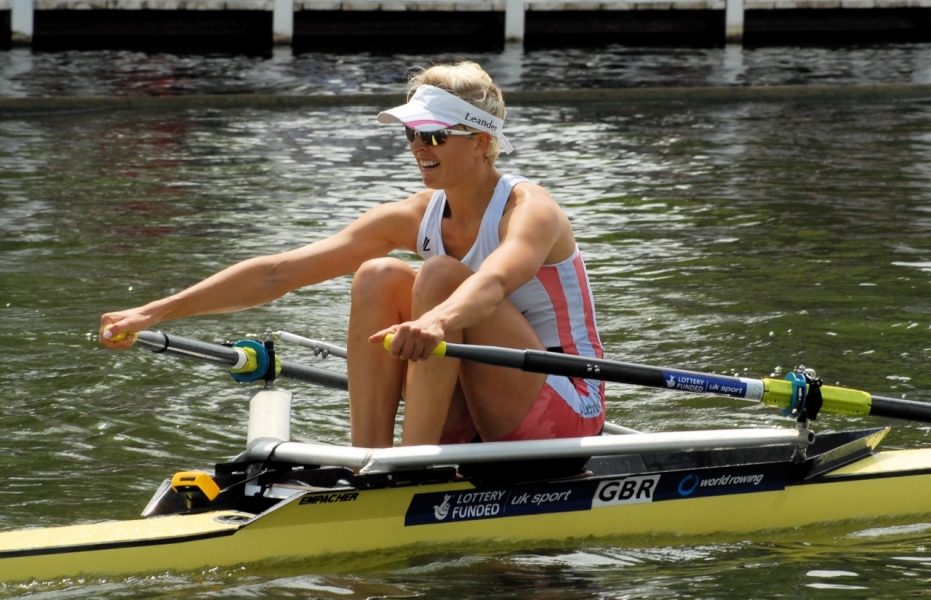