About Us > Who We Are

Our Commitment to Good Governance

We are always looking to improve our governance in order to be a sustainable high performing governing body of sport. Ensuring we are well run and fit for purpose as a modern Governing Body is vital to ensuring continued public funding and to generate additional private revenue.

Welsh Rowing is committed to both equality and inclusion throughout all its practices. Welsh Rowing has acheived the Preliminary level of Equality Standard and Level 2 of the Safeguarding Standards. They have also received Disability Sport Wales' Insport accreditation Ribbon Award in November 2017, Bronze in November 2019 and are now working towards achieving the Silver Award.

The role description for our Board Directors can be found here. The role of the Board is described here. 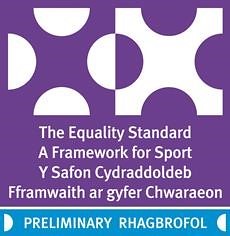 Welsh Rowing is the National Governing Body for rowing (on rivers, the sea and indoors) in Wales. Welsh Rowing works with Sport Wales to raise the awareness of, and participation, in rowing within Wales, as well as aiming to develop athletes for GB squads. We run a GB Start centre out of our base in Cardiff. Welsh Rowing is self-governing for rowing in Wales, but values a close working relationship with the Welsh Sea Rowing Association, Scottish Rowing and British Rowing. Our Strategic Plan can be found here.

I grew up in Llandovery in Carmarthenshire and am currently a Member of Stewards at Henley Royal Regatta. I have significant experience in both International and National Governing Bodies of sport as well as other professional sporting organisations, including as a CEO at both Harlequins RFC and Basketball England, I have an in-depth understanding and knowledge of the sporting landscape. As former Commercial Director of the International Rugby Board, Arrows Formula 1, and Director of Gloucester Rugby Club, I will utilise my commercial skills and experience in leveraging commercial revenue for sporting organisations and events to the good of Welsh Rowing.

I am an experienced sports professional, having spent the last ten years in performance sport with Rugby League and Hockey Wales. Having recently completed a MSc in Sports Coaching, I also have a Level 4 Rugby League Coaching qualification and have spent time as Assistance National coach for Wales. My current role within WRU involves developing strategic direction for performance programmes and working effectively with partners to ensure performance across Wales is enhanced. I am passionate about high performance sport and believe I can have an impact on the performance pathway and systems that Welsh Rowing is developing.

Anthony has many years experience in community sport with particular interest in community sport engagement and tackling inequalities. His current role as a Neighbourhood Sport Coordinator Sport Cardiff, allows him to oversee and assist key partners with their extra-curricular sport and physical activity provision. Anthony has experience and contacts with key community members within densely populated BME communities and areas of deprivation, and work with NGBs to provide exit routes and development pathways. He has orchestrated and Chairs a Regional Sports Board (RSB) to develop sport throughout a region of Cardiff by offering support, advice, and a networking tool for relevant parties. Anthony’s understanding of the sport sector spans back to his early teens where he played professional football and studied at Cardiff Metropolitan University where I gained a degree in Leisure and Sports Management. I then went on to complete my PGCE and am now midway through an Msc in Sport Management and Leadership.

Theo was first a member of Llandaff Rowing Club in 1986 and sculls regularly in his Carl Douglas original, which he is keen to concede “is a better boat than he is a sculler”. Theo has four daughters, three of whom rowed at Llandaff.

Originally from Blaenavon, and state educated at West Mon. School, Pontypool, Theo studied Law at Jesus, Cambridge, where he played university rugby before switching to rowing, initially as a member of a “rugby VIII” but ultimately as a JCBC 1st VIII colour and Member of the Stewards at Henley. After Bar School in London and completing his Masters’ degree, he came home to practise as a barrister in Cardiff, and since 1993 his family home has been in Wales, near Bassaleg. Theo took silk in 2011, and served as Counsel General for Wales as a member of the 2011-16 Welsh Government. He was made a Master of the Bench of Lincoln’s Inn in 2012. After his time in government, Theo returned to full-time practice at the Bar and became Head of Clinical Negligence and Personal Injury at Doughty Street Chambers in London, as well as remaining a member of Apex Chambers in Cardiff. Theo’s daughters like the fact that Amal Clooney is now a colleague. Recent cases have included acting for the viola player Chris Goldscheider who suffered severe and disabling noise injury as a member of the Royal Opera House orchestra, and for Royal Marine Phil Eaglesham, who contracted Q Fever serving in Afghanistan and suffers a permanent debilitating chronic fatigue syndrome.

Theo also serves as a non-executive director and trustee of Justice.org.

Theo will take up the chairmanship of the Board at the AGM in November. He intends to work hard to employ the impressive skill-sets of his fellow board members cohesively, to make rowing in all its forms and at all levels available to as many people in Wales as possible, regardless of background, because he sees rowing as simply the best sport for personal development and wellbeing, for young and old alike. He also wants to improve Wales’s rowing performance levels by focussed support for our athletes, and by “increasing the size of the base of the pyramid” - more rowers learning the sport means more and better athletes at the top levels.

Dawn is currently in her second term as Vice-Chair of Welsh Rowing. Dawn rows at Monmouth Rowing Club, Aberporth Sea Rowing Club and is also a coach and umpire. Her passion lies in adaptive rowing, and she played a key role in John Prosser’s achievements at the Invictus Games. In her professional life, Dawn works for the Cabinet Office as a Chartered Project Professional and has PhD in public sector corporate planning. Dawn has rowed at the World Masters Championships several times, Henley Womens and Henley Masters and took part in the RowZambezi expedition 2018, and Celtic Challenge in 2019.

James started Rowing and then Coxing at the age of 13 at Hereford Rowing Club for his school, Belmont Abbey and (briefly) for Hereford Rowing Club. He continued to follow Rowing for many years and is a Member of The Stewards Enclosure at Henley Royal Regatta.

James has a degree in Graphic Design and for over 25 years has run his own design business – WOOD&WOOD Design Consultants. He believes that the experience of Rowing and working as part of a successful team has been of great influence to him as a self-employed business person. The skills learned through shared adversity, co-operation, friendship, success and teamwork, have been used throughout his long career, delivering substantive graphic design projects for his clients.

Four years ago, James was approached to design a new identity for Welsh Rowing and subsequently asked to join the Welsh Rowing Communications Committee. He believes it is important to galvanise and build on these communications to ensure Welsh Rowing thrives within Wales and beyond.

His daughter has Rowed for the past 5 years at Monmouth Rowing Club and it has been a pleasure to him to be involved both as a parent and as a volunteer with Welsh Rowing, in the sport that has given him so much.

I am passionate about raising the profile of Welsh Rowing, growing participating through grassroots activity, exploring pathways through participation in particular driving recreational rowing to support club revenue and prompting its health benefit, its inclusivity, and accessibility to all. While relatively new to rowing, I have been a member (and former committee member) of Cardiff Bay Recreational Rowing Club for 3 years. I’m also working closely with CBWAC to drive more women into rowing. I have over 15 year’s experience strategically developing, delivering and marketing & events projects across public & private sector, B2B & B2C, cultural to emerging technology, conferences to community events, working with local & global clients/employers. I am someone who can contribute, who will embrace Welsh Rowing’s vision and future potential, who will build relationships and will passionately support an ambassador's role.

Huw has been involved in Welsh Rowing since 2006, first as a member of Swansea University Rowing Club where he first learned to row and since 2009 as a member of Cardiff City Rowing Club (CCRC). He also had the privilege to represent Wales at the 2013 and 2014 Home International Regattas. From 2011 until 2017 Huw served on Cardiff City’s Executive Committee, firstly as Vice President and latterly as Secretary. He stood down from CCRC’s committee at the club’s 2017 AGM in order to apply for this role without the risk of a conflict of interest arising.

Outside of rowing Huw has been working for Welsh Water since he joined them as a graduate in 2009. He has worked in the company’s Asset Strategy, Economic Regulation and, Economics & Charges departments. These roles have given him numerous opportunities to work with the company’s Directors as well as interact with external regulators. Huw is also on the verge of being accepted as a chartered member of the Chartered Institute of Management Accountants. His membership is pending subject to the successful completion of a final case study exam, which he is due to sit on November 24th this year.

After being involved in Welsh Rowing for over 11 years Huw would now like to help the growth of our sport throughout Wales rather than focussing his efforts on individual clubs. He believes that having been with two of Wales’ newer clubs this has given him a good perspective on what can be done to help our sport grow. He believes that his experiences both at Welsh Water and running one of Wales’ rowing clubs has given him ample opportunity to display the skills that Welsh Rowing requires from its Directors.

Zoe has been involved with and a representative of Welsh Rowing since 2007, her involvement with Welsh Rowing began with representation in the HIR Team as a coxswain. Zoe then coxed for a further three HIRs, undertook the role of Team Manager for HIR for four years, Chef d’equip for the Commonwealth Regatta and, for the last three years, has been the Wales delegate on the General Management Committee for the HIR.

Zoe has an understanding and experience of costal rowing having raced at the World Coastal Championships in 2014 (Peru). Closer to home, Zoe is an umpire and on the race committee for the inaugural British Rowing Off Shore Championships 2017.

As a member of Team Wales Alumni, Zoe offers the Board an active connection to a large network of loyal alumni and the desire to develop the relationship between Welsh Rowing and the Alumni organisation. Zoe has a particular interest in the brand and commercial offering potential that Welsh Rowing has, and what it can gain in return for its membership.

In her professional career, Zoe is responsible for representing the organisation to external organisations including clients, contractors, governing and regulatory bodies, and other Media and Event companies. Her remit is to advise and protect the house on all matters relating to Health and Safety (Risk Management) whilst steering company on a path of continual improvement.