Royal Chester sculler Thomson teamed up with Anna Cowells of Sir William Perkins’ School to take double sculls gold in Castrelo de Mino in Spain on day one of the 37th Coupe regatta.

The duo blasted out to lead by nearly 2L at the 500m mark and were nearly 3L clear with 500m to race.

And although the field closed in the final quarter, GB held on to win by 1/2L in 7mins 45.08 secs from Spain with Norway third another 1/4L back.

On day two, they again led through each marker with a 2L advantage over Switzerland in second at half-way.

But the Swiss pushed back strongly in the second half drawing level with some 500m to race to cross 3/4L to the good with GB in silver in 7.42.98 and Spain third 1/2L back. 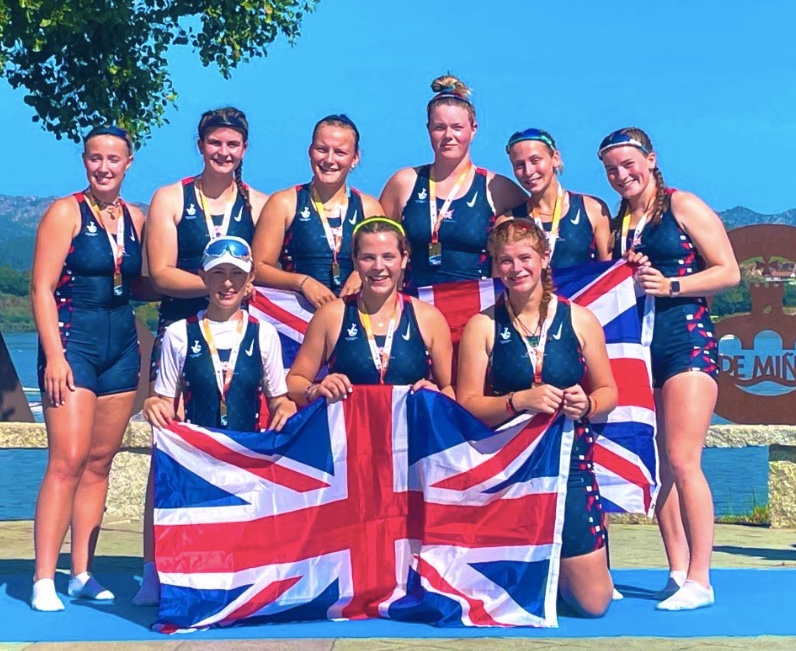 King’s School Chester’s Wood and the GB girls’ 8 led by a 1/4L at half way from France on day one in their six-boat final, before steadily edging away to win by 1 1/2L in 6.49.68, with the French taking silver by 1/2L from Belgium.

And day two saw a repeat, with the Netherlands their closest challengers this time.

GB had a length’s lead at half-way and were always in control, stretching away to win by around 1 1/2L in 6.51.33 with the Dutch finishing a length clear of France in bronze.